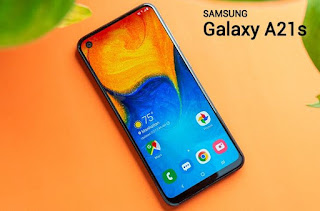 Samsung announced the new Samsung Galaxy A21s, and the phone came as a development and improvement for the Galaxy A21, which was launched some time ago with an AMOLED screen, an improvement in the number of back cameras, and the use of a different design similar to other new phones from Samsung. 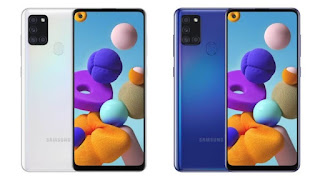 -The official price is 200€ for first version.
Samsung Galaxy a21s comes with the same specifications as the Galaxy A21, which was launched a while ago, but with a different newer design and a better AMOLED screen with a big difference. As for the processor in the phone, it is a new processor from Samsung we see for the first time also, and the phone also comes with a basic background camera with a higher resolution and a larger battery With the same charging power.
تعديل المقال
الأقسام Samsung phones