realme u1 price in Japan | specifications and demerits 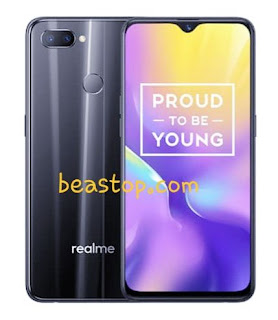 Soon the OPPO Realme smart phone company proved its position in the face of fierce competition between other companies, especially between Xiaomi, as the first phone the company released was Realme 1, which was a fierce competitor for Xiaomi Redmi Note 5 after the Realme C1 phone was provided at a price Low to compete in the lower category such as Redmi 6A to present its new Realme U1 phone with excellent specifications and reasonable price as is customary for the company, it is expected that it will compete between Xiaomi Note 6 phones and Honor 8C and here are the full specifications of the phone as follows and show the most important features of the Realme U1 phone from Other phones and its drawbacks in the following article :

Specifications of Realme u1:

• There are two versions of the phone for solid memory and random memory, as follows:
- The first release has a 32 GB hard memory with 3 GB random memory.
- The second version, with a memory of 64 GB, with a random memory of 4 GB. You can also increase the space with an external memory card up to 256 GB.
• The company still maintains the 3.5mm headphone jack.
•  It comes with a 25-megapixel front camera with an F / 2.0 lens slot with Sony IMX576 sensor, it's the same as in the Oppo F9.
• It comes with a dual rear camera, where the first camera comes with a 13-megapixel camera with an F / 2.2 lens slot and the second camera with a accuracy of 2 megapixels with an F / 2.4 lens slot.
• Realme U1 comes in dimensions 157 x 74 x 8 with a weight of 168 grams. The phone supports two Nano SIM cards.
• It supports all communication networks currently available until the fourth generation 4G.
• The durability and quality of the phone come from plastic like previous Realme phones.
• A large screen in the form of a WaterDrop notch with an area of ​​6.3 inches to provide dimensions of 19.5: 9 display, it is the same screen found in the phone of the Oppo F9 is higher than the price.
• The screen also comes in FHD + quality with a resolution of 1080 x 2340 pixels at a density of 409 pixels per inch with a layer Corning Gorilla Glass version III and occupies from the front end 90.8% as announced through its official website.
•  Media Tech Helio P70 processor with 12nm technology with eight cores.
• The phone supports Wi-Fi b / g / n in addition to its support for WiFi Direct, hotspot.
•  It supports Bluetooth version 4.2 with support for A2DP, LE.
• GPS :  supports GPS with A-GPS, GLONASS for better positioning.
•  As for the USB port, it comes from the type Micro USB Second Edition and also supports the OTG.
•  As for the security means, the phone supports the fingerprint sensor and comes in the back of the phone and also supports the Face Unlock.
•  As for the sensors, the phone supports acceleration, proximity and compass sensors.
•  The battery comes with a capacity of 3500 mAh and is the same battery that the company has recently used in its Oppo F9 and Realme 2 Pro phones.

Demerits of Realme U1 :

1. It does not support 4K quality photography.
2. The ColorOS interface is still missing some basic things.
3. The rear camera offers below-average performance in low light.
4. The rear camera on the Note 6 Pro will find it relatively better in quality and portrait if more important to you.
5. Because the phone comes from the plastic, it scratches very easily, so we advise you to put the back case right away.
6. Realme U1 lacks the fast charging feature found in the OPPO F9.


Realme u1 price in Japan:

The official price of realme u1 in japan is JPY 17987.
تعديل المقال
الأقسام Realme