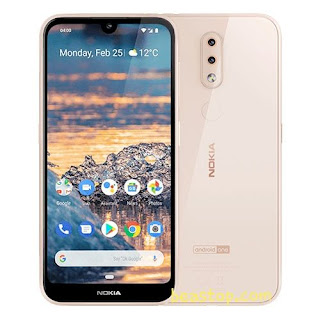 Nokia launched our newest Nokia 4.2 phone for us despite the lack of a previous version in its phones under the name Nokia 4 because number 4 is an unfortunate number in China, so Nokia launched its new phone in the name of Nokia 4.2 to try to bridge the price gap between Nokia 3 and the Nokia 5 for the company to try to control all available price categories to increase its sales ... so let's get to know the full specifications of the Nokia 4.2 phone and what are its advantages and disadvantages and is it worth buying or not as follows. 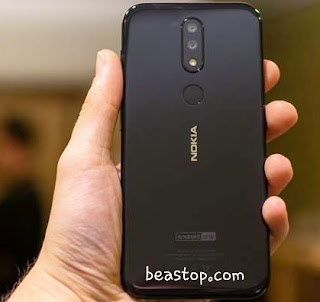 • The rear camera comes in dual form, as the first camera comes with a 13-megapixel camera with an F / 2.2 lens slot. As for the second camera, it comes with a 2-megapixel camera with an F / 2.2 lens slot. It is for isolation and portraiture with a single LED flash back.
• The phone supports the secondary microphone for noise and noise insulation while using the phone in any way and comes on top of the phone.
• The phone supports the 3.5mm headphone jack.
• It also supports the Micro USB port, the second version, in addition to its support for the OTG feature.
• The phone supports Wi-Fi at the traditional frequencies b / g / n in addition to supporting the ability to make a virtual network via hotspot.
• It supports Bluetooth version 4.2 and supports A2DP, LE, aptX.
• The Nokia 4.2 phone supports GPS geolocation in addition to its support for other navigation systems such as A-GPS, GLONASS, BDS.
• The battery comes with a capacity of 3000 mAh
• The durability and quality of glass-making comes in contrast to previous Nokia phones with a plastic frame.
• Supports FM radio with support for NFC.
• The Nokia 4.2 supports two SIM cards, the Nano Sim.
• Excellent durability and manufacturing quality used in the phone.
• It comes with a dual rear camera that offers acceptable performance compared to the price of the phone.
• Three-year security and system security updates for two years.
• The shape of the screen and the notch in the phone are excellent, and the screen offers satisfactory performance, so do not expect different performance in this category.

1. The edges are still big, especially the bottom edge of the phone.
2. The company has not announced that there is any protection layer on the phone screen.
3. The phone screen is relatively small, but it is suitable for those who want small screen phones.
4. The battery size is very small. Although the Nokia 3.2 phone is the same price, it comes with a larger screen and battery than the phone.
تعديل المقال
الأقسام Nokia