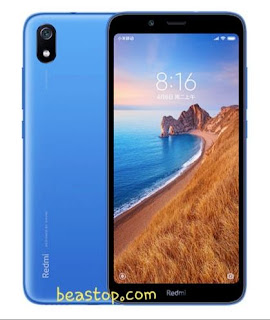 One of the most important things that the Xiaomi Redmi 7A phone came with is that it came with new features as the battery was increased significantly and became a better battery than before with the development of the processor and the direction to the Qualcomm Snapdragon 439 processor and moving away from the Media Tech processor, this is a competitive advantage point that you will not find in phones at the same price either On the screen, cameras, and the rest of the specifications, there is nothing new to mention other than the latest operating system compared to its previous phone, the Redmi 6A, so let's get to know the most important specifications of the full phone and what are its most important advantages and disadvantages, and is it worth buying or are there other phones better than it in the same price range, so let's get to know that as follows

Specifications of xiaomi redmi 7A:

Disadvantages of xiaomi redmi 7A:

1. The phone does not support the fingerprint sensor, but there is no problem, as there are many phones in this price category that do not provide a background fingerprint.
2. The lack of a protection layer on the phone screen despite its support in the Realme C1.
3. Unfortunately, you will not find earphones or a pod in the case.
4. The edges of the screen are large and had to come with smaller edges.