Huawei Nova 5i most specifications & disadvantages 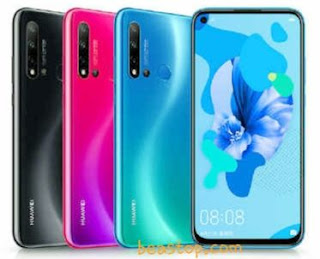 Huawei always seeks excellence in the smart phone market in particular, as long as the Nova series is an elegant design and amazing cameras, with the Nova 5i phone that comes with a similar design with the Honor 20, with the fifth generation of the Nova 5 series, will Huawei deserve to be on the throne of sales in Especially the middle class with its newer phone, the Nova 5i, or is it just a new phone that does not have real features .. so let's get to know it with the full specifications of the phone and know its most important advantages and disadvantages as follows.

• The phone comes with more than one version of the solid memory and random memory as follows:
- The first version has 128 GB solid memory with 6 GB random memory.
- The second version with 128 GB solid memory with 8 GB RAM.
• The phone supports increasing the space by means of a memory card up to 512 GB and is placed in the place of the second chip.
• The processor comes from Hisilicon Kirin 710 with 12 nano technology, it is the same processor as the Nova 3i and Honor 8x phone, with a Mali-G51 MP4 graphics processor.
• The phone comes with a 24-megapixel front camera with an F / 2.0 lens slot.
• The back camera comes with a quad camera where the first camera comes with a 24-megapixel camera with an F / 1.8 lens slot which is the main camera and the second camera comes with 8 megapixels for Super Wide Angle photography and the third camera comes with a 2-megapixel camera with a lens of F / 2.4 which is for Macro photography The fourth camera comes with a 2-megapixel camera with an F / 2.4 lens slot for isolation and portraiture with a single LED flash.
• The Nova 5i supports the 3.5mm headphone jack.
• The USB port comes with the latest Type C as well as its support for OTG.
• The phone supports the fingerprint sensor and comes in the back of the phone and also supports the Face Unlock.
• It also supports most other sensors such as acceleration, proximity and compass.
• The phone comes with Android 9.0 Pie OS with the latest Huawei EMUI 9.1 interface.
• The battery comes with a capacity of 4000 mAh.
• The battery gives excellent performance throughout the day.
• The cameras offer good performance in adequate lighting conditions.
• The screen comes in the shape of a punch hole, with excellent exploitation of the edges of the screen.
• The USB port is now Type C better than the Micro USB in Nova 3i.
• Huawei's Nova glass design, as usual.

1. The phone is charging within a long period of more than two hours, so why not come with the phone a fast charger!
2. The company has not announced a protective film on the screen of any kind.
3. Both SIM cards and Memory Cards cannot be used simultaneously.
4. An older processor like the Nova 3i was used and it was better to come with the Kirin 810 processor.
5. There is no real new feature on the phone that makes it the top in the middle class sales throne.
تعديل المقال
الأقسام Huawei