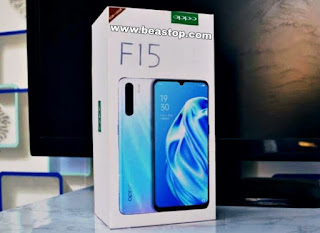 Oppo released the Oppo F15 phone to fix some of the defects in the Oppo F11, the screen was improved in an excellent way, the AMOLED screen was used to give a good experience in terms of visibility and watching videos with 8 GB RAM to give the best flexibility to open many applications simultaneously with 128 GB UFS 2.1 Solid Memory for faster writing and reading speeds on the phone with the use of a newer Type C port that we were losing in this series while making the fingerprint sensor at the bottom of the screen like the Oppo Reno 2F but on the contrary, no processor was used More recent than previous releases, the processor is more than available Oppo phone in previous versions such as Oppo Reno 2F, Oppo F11 and Oppo F11 Pro, so let's review the full specifications of the Oppo F15 and what are its most important advantages and disadvantages ?!

-The phone supports FM radio.
As for the SIM cards, the phone supports two SIM cards, Nano Sim.
Supports 2G, 3G, and 4G networks.
-The raw materials used in the manufacture of the phone come from glossy plastic as usual in the recent F series from Oppo.
-The phone comes in dimensions of 160.2 x 73.3 x 7.9 mm with a light weight of 172 grams.
As for the screen, it comes in the form of a water drop notch, and the AMOLED screen comes in a 6.4 inch area with FHD + quality of 1080 x 2400 pixels at a pixel density of 408 pixels per inch with dimensions of 20: 9 with a layer of Corning Gorilla Glass generation Fifth, the screen occupies 90.7% of the front end.
As for performance, the phone comes with a processor from Media Tech Helio P70 with 12 nano technology, it is the same processor for the Oppo F11 Pro phone and the Oppo F11 phone with a Mali-G72 MP3 graphic processor. The phone also supports the feature of enhancing game performance via the Game Boost 2.0.
-The front camera comes with 16 MP with an F / 2.0 lens slot.
-The rear camera comes with a quad camera where the primary camera comes with 48 megapixels with F / 1.8 lens slot and the second camera for wide 8 megapixels with F / 2.2 lens slot and the third camera (has no importance) for Mono photography with 2 megapixels with F / lens lens 2.4 and the fourth camera for isolation and portraiture with a accuracy of 2 megapixels with f / 2.4 lens slot with LED flash and the cameras support more than portrait photography like Night Portrait and Portrait Bokeh Effect and Portrait HDR mode.
-The phone supports an additional noise isolation microphone while in use.
-Oppo f15 supports 1080p FHD video capture at a frame rate of 30 frames per second and also supports 720p HD quality video capture at 30fps.
Bluetooth comes in version 4.2 with support for A2DP, LE. 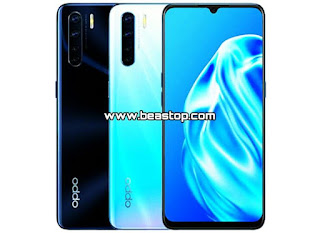 -Oppo f15 supports GPS geolocation with support for other navigation systems such as A-GPS, GLONASS, BDS.
Security means: The phone supports the fingerprint sensor and comes at the bottom of the screen and also supports Face Unlock.
As for the USB port, it comes from the newest type, Type C, and also supports OTG feature.
-The battery comes with a capacity of 4025 mAh and supports fast charging with VOOC Flash Charge 3.0 technology of 20 watts.
Android 9.0 Pie operating system, with OBO interface, Color OS version 6.1.2.
*Light and streamlined design, but refined, it resembles Xiaomi Note 8 and at the same time plastic.
*Supports the operation of two SIM cards and a memory card simultaneously.
*The usual Oppo battery ... lasts for a long time throughout the day while supporting fast charging.
*The USB port comes from the latest Type C for the first time in the F series.

AMOLED screen with a few bezels, with a unique experience as usual for the AMOLED screens.

Disadvantages of the Oppo F15 phone:

-The phone is missing for 4K videos.
Unfortunately, due to the use of glossy plastic, you will find that the back of the phone is easily dirty.
We had hoped that the screen would come with full screen, and its shape has not changed since the Oppo F9.
It comes with Android 9 version, although competitors like the Samsung A51 come with Android 10.
Oppo f15 does not offer anything new from Oppo, as the phone is very close to the specifications of Oppo Reno 2F, but without a slider (a notch was used in the F15) and plastic materials in the F15 instead of the glass in the Renault 2F..and perhaps the F15 is characterized by a lower price not more.
At the same time, the phone is a simple development of the F11 in a larger ram, an AMOLED screen and a fingerprint under the screen .. and a back lens for wide photography .. With the use of the same refined processor from OPPO that has become relatively old in this price category but it still offers acceptable performance but it is not the strongest .
تعديل المقال
الأقسام Oppo