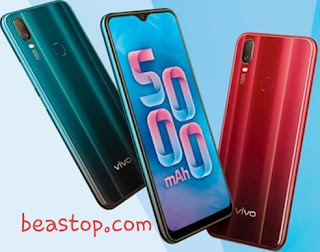 Vivo has announced that the Vivo Y11 phone will be available in the market to be the lowest version of the Vivo Y12 as it comes with the same design and specifications other than the processor and reduce the number of back cameras to try to reduce the price to be the phone with the largest battery capacity in its price category with the attractive design and respectable materials that we are used to from Vivo Here is what we will learn about in the following article : 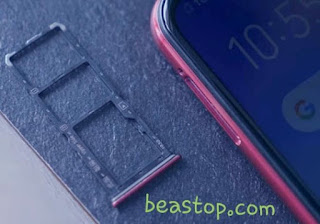 • You can cancel the control buttons and use gestures instead to use the entire phone screen in addition To the ability to use the vivo Dark Mode to completely turn the phone black even in applications.
• The phone comes with a 32 GB solid memory with 3 GB RAM.
• It also supports the ability to increase storage space with a memory card up to 256 GB.
• As for performance, the phone comes with a processor from Qualcomm, Snapdragon 439 with 12 nano technology, with an Adreno 505 graphic processor, it is the same as in my Xiaomi Redmi 8 and Alcatel 3 2019 phone, in addition to the phone support for the Ultra Game Mode enhanced performance game to reach performance Better As for the phone's performance in games, the graphics processor is weak, but it is still able to run PUBG. For example, the maximum settings that the phone can run are Balanced and the average Firmat rate.
• The front camera comes with 16 megapixels.
• As for the back camera, it comes with a dual camera, where the first camera comes with a 13-megapixel camera with an F / 2.2 lens slot, which is the primary camera for the phone. As for the second camera, it comes with a 2-megapixel camera with an F / 2.4 lens slot. LED flash.
• The phone supports 1080p FHD video capture at a frame rate of 30 frames per second and supports 720p HD video capture at a frame rate of 30 frames per second.
• Wi-Fi comes with b / g / n frequencies in addition to support for Wi-Fi Direct, hotspot.
• Bluetooth comes in version 4.2 with support for A2DP, LE. GPS The front camera comes with 16 megapixels.
• Security: The fingerprint sensor comes in the back It also supports most sensors.
• The phone also supports the 3.5mm port for headphones.
• As for the USB port, it comes from the Micro USB version 2, with support for the OTG feature.
• The battery comes with a capacity of 5000 mA.
• The phone comes with the Android 9.0 Pie operating system, with the Funtouch 9.1 vivo interface.
• Attractive design and very respectable materials.
• A distinctive front camera.
• Supports the operation of two SIM cards and a memory card simultaneously.
• The phone battery is excellent and lasts for a long time during the day.
• A large notch-shaped waterdrop display with few bezels


●● Disadvantages of the Vivo Y11 :
1. The phone does not support Notification bulb.
2. The back of the phone is easily smudged and dirty.
3. There are cheaper phones with the latest Type C port, such as the Redmi 8.
4. The phone lacks fast charging technology so you will need a long period to charge the phone battery.
5. The performance of the processor is poor compared to the price of the phone and the storage capacity, and a stronger processor had to be used in order to be able to compete.