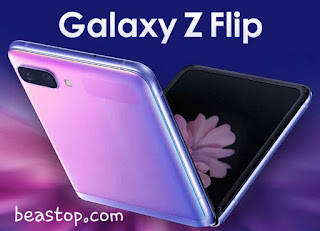 Samsung will announce its new foldable phone, the Samsung Galaxy Z Flip, the new generation of the Galaxy Fold, next month. Samsung started launching foldable phones at the beginning of the previous 2019 and the idea achieved great success and the phone got sales despite its high price, Other companies have taken the idea and started launching foldable phones such as Huawei.
Samsung will announce the Galaxy Z Flip at the beginning of next month with the announcement of the upcoming Galaxy S20 series, and as the leaks have stated, the Z Flip will often be at a price lower than the previous Galaxy Fold price. 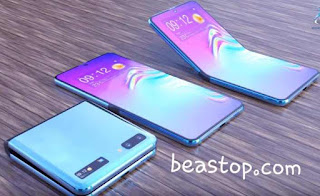 -Android 10 with Samsung One UI 2.0 interface Qualcomm Snapdragon 855+ octa-core processor with a power of up to 2.96 GHz with a 7 nm manufacturing architecture and the graphics processor is Adreno 640 256 GB storage space with 8 GB RAM and does not support the installation of a memory card Dual 12-megapixel rear camera with F / 1.8 lens slot and a second 12-megapixel camera with an F / 2.2 lens slot which is Ultra Wide for 123-degree wide-angle photography, and the cameras support optical stabilizer and LED flash and support for 2160p @ 60fps videos A selfie camera is present in a 10-megapixel camera with an F / 2.4 lens slot and supports 2160p @ 30fps videos. 3300mAh battery supports 15W fast charging with 9W wireless charging support.