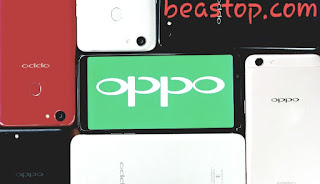 • On November 20, 2019, Chinese smartphone manufacturer Oppo submitted an application to the EU Intellectual Property Office (EUIPO) for a trademark of the OPPO M1 name.It is clear from the description that this name is associated with a new chip.
• Various Chinese media have recently reported that OPPO is currently developing its own processor for its future phone models. It is said that the company hired many former engineers from Speadtrum and MediaTec
• .The number of Chinese smartphone manufacturers is growing rapidly, and it is clear that these companies want to develop as many technologies as possible within the company, so that they can continue to work independently, and this may also lead to a lower cost price.
• Oppo is one of the manufacturers that successfully sold its mobile phones in Europe and the Netherlands, and the company has since developed an innovative portfolio of smartphones, including the new Reno models.
• Oppo Android phones use Qualcomm or Mediatek processors, but this seems to change in the future as the company is likely to develop its own mobile chipset.
• Although Oppo has not developed its own smartphone processor before, but information released in August 2019 showed that Taiwan's MediaTech is preparing for the emergence of an additional competitor from China. The Chinese company plans to release its processor designed within the company, following the footsteps of other major smartphone manufacturers such as Samsung, Apple and Huawei
• It is still unclear exactly what the word “M” means, so the term “M1” may refer to the first mobile phone processor from OPPO, and the company could reveal more information about the OPPO M1 chip in MWC 2020.
• The information does not clarify whether the company is developing only its own chips or is willing to sell them to other interested parties, as Samsung does with Exynos. Earlier this year, OPPO announced a significant expansion of its R&D activities.
• The company established a new R&D center in the city where the company is headquartered. Next years
تعديل المقال
الأقسام Oppo