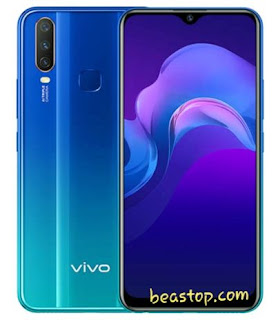 Vivo has become one of the companies that compete in the phone market thanks to the features of its phones, where always seek to innovate and bring new customers and compete against the companies and among the distinctive phones have a phone vivo Y12 pro Let us know the advantages and disadvantages of this phone through this article

• The phone comes in dimensions of 159.43 x 76.77 x 8.92 with a weight of 190.5 grams.
• The phone supports two SIM cards, Nano Sim. As for communication networks, it supports 2G, 3G, and 4G networks.
• The screen comes in the form of a notch in the form of the Water Drop that we previously saw at the beginning of the Oppo F9. As for Vivo, it calls it the Halo FullView Display. Control and use only gestures to give an indication of the full experience of the screen.
• The screen also supports the Eye Protection mode of blue radiation for the phone screen.
• It comes with a 32GB hard memory with 3GB RAM.
- The phone supports the ability to increase the space by means of a memory card up to 256 GB.
• As for performance, the phone comes with a processor from Media Tech, where it comes from the type MT6762 Helio P22 with 12 nano technology.
• As for the graphics processor, it comes from the PowerVR GE8320, it is the same processor as my phone Infinix Hot 8 and Realme C2 and the phone supports the Ultra Game Mode to enhance performance Games are better than usual.
• The front camera comes with 8 MP with an F / 2.2 lens slot.
• The rear camera comes with a triple camera where the first camera comes with a 13-megapixel camera with an F / 2.2 lens slot and it is the main camera for the phone and the second camera comes with an 8-megapixel camera with an F / 2.2 lens slot and is for wide-angle photography and the third camera comes with a 2-megapixel camera with a lens slot F / 2.4 It is for isolation and portraiture, in addition to a single-LED back-flash.
• The phone supports a secondary microphone for noise and noise isolation while talking, recording, photographing, etc
• Bluetooth comes with version 5.0 with support for A2DP, LE. As for Wi-Fi, it comes with b / g / n frequencies in addition to support for Wi-Fi Direct, hotspot.
• The phone supports GPS geolocation with support for other navigation systems such as A-GPS, GLONASS, GALILEO, BDS. The USB port comes from Micro USB 2.0 with support for OTG. It also supports the 3.5mm headphone jack.
• Security means: The phone supports the fingerprint sensor and comes in the back of the phone in addition to its support for Face Unlock.
• The phone supports most other sensors such as acceleration, proximity and compass.
• The battery comes with a capacity of 5000 mAh.
• Notch big screen with few bezels. Supports the operation of two SIM cards and a memory card at the same time.
• A large battery that can be used comfortably throughout the entire day.
• The phone comes with a triple rear camera and also supports wide photography and the cameras offer a good performance.
• The performance of the processor is acceptable in everyday tasks and in games, but its drawback is that it is available on phones that are cheaper than the price of the phone such as the Realme C2.
■ Disadvantages :
1. Notification bulb does not support.
2. The screen resolution is low and we would have preferred FHD.
3. There is no protection layer on the screen unlike the Redmi 8.
4. The phone does not support fast charging so you will need to charge the phone for a long time.
5. It comes with the old Micro USB port despite the introduction of the Redmi 8 into the Type C port.
6. The price of the phone is relatively high, but this is due to the respected Vivo materials
تعديل المقال
الأقسام Vivo