What are the Xiaomi redmi 8A specifications and features 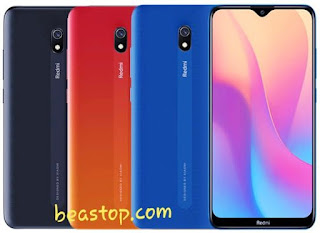 Xiaomi redmi note 8A has features that make it better compared to previous versions in the same series.The company is interested through this series in general to excellence in the economic category The phone comes with a modern screen notch to be the first phone in this series comes with better cameras both in terms of accuracy Or in terms of aperture with an unprecedented improvement in battery capacity is the only phone that comes in this category type C port in addition to the many advantages let us know it in this article :

• The phone supports FM radio.
• The phone comes in dimensions of 156.48 x 75.41 x 9.4 mm with an estimated weight of 188 grams.
• The Redmi 8A supports two SIMs and comes with Nano Sim.
• It also supports 2G, 3G and 4G networks.
• Plastic was used to make the phone, which is typical in this category with the phone to repel light water drops thanks to P2i.
• The screen comes in the form of notch Dot Drop or Water Drop and comes from the type of IPS LCD with an area of ​​6.2 inches in HD + resolution of 720 x 1520 pixels at a density of pixels 270 pixels per inch and supports the new display dimensions by 19: 9 with a layer of protection on the screen comes .
• The screen supports several modes such as Sunlight mode, Night mode, Reading mode and the default mode for sure in addition to the phone's support to adjust the color temperature by color temperature adjustment.
• The phone comes with a solid memory capacity of 32 GB with random memory capacity of 2 GB.
• The phone supports the possibility of increasing the space by memory card up to 512 GB.
• Solid memory comes from eMMC v5.1 and RAM comes from LPDDR3. The phone comes with a Qualcomm Snapdragon 439 processor with 12 nano technology is the same processor as its previous phone Redmi 7A with a graphics processor type Adreno 505.
• The front camera comes with an 8-megapixel f / 2.0 aperture.
• The rear camera comes with a 12MP f / 1.8 aperture and a single LED flash.
• The phone supports a secondary microphone to isolate noise and noise during shooting, recording, or talking over the phone.
• The phone supports Wi-Fi b / g / n frequencies with support for Wi-Fi Direct, hotspot. Bluetooth 4.2 comes with support for A2DP, LE. Geolocation supports GPS with other navigation systems such as A-GPS, GLONASS, BDS.
• The phone supports the 3.5mm headphone port.
• As for security: the phone supports Face Unlock.
• The phone supports acceleration, proximity and compass sensors. USB port comes Type-C with OTG support.
• The battery comes with a capacity of 5000 mAh with support for fast charging of 18 watts.
• The operating system comes with Android 9.0 Pie with Xiaomi MIUI 10 interface
♤ more features :
• An attractive design compared to its price.
• The USB port comes from Type C.The first phone in the A series comes resistant to light water droplets.
• The phone supports the operation of two SIM cards and a memory card simultaneously.
• The battery delivers more excellent performance thanks to its large capacity and support for fast charging.
• A notch-like display with support for the 5th generation Gorilla Glass protection layer.
• One of the cheapest phones with a huge battery and type port
《B》disadvantages :
1. The phone does not support the fingerprint sensor.
2. The screen brightness is average under sunlight.
3. The bottom edge of the screen is still unfortunately large.
4. The quick charger is not included in the phone case.
تعديل المقال
الأقسام Xiaomi