What are the Realme 5 specifications ans features 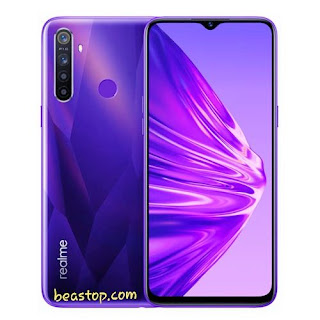 Although Realme is a new company in the world of smartphones, it proved in a short period of time its ability to compete strongly with major companies thanks to marketing and excellent specifications to be able to enter the war of phones strongly, the company competes thanks to the good hardware and many features of its phones, in this article we will bring you closer Features of Realme 5 .

• The phone comes in dimensions of 164.4 x 75.6 x 9.3 mm with a relatively heavy weight of 198 grams
• The screen comes in the form of a notch in the form of water Drop, which became accustomed in its phones this period.The screen comes from the type of IPS LCD with an area of ​​6.5 inches HD + resolution of 720 × 1600 pixels at a density of pixels 269 pixels per inch with a layer of protection type Corning Gorilla Glass third generation and supports New 20: 9 aspect ratio thanks to the optimal exploitation of the edges of the screen where the screen occupies 89% of the front and supports the night mode to protect your eye from blue rays.
• The phone comes with three versions of solid memory and RAM as follows:
- The first version comes with a solid memory capacity of 64 GB with random memory capacity of 3 GB.
- The second version comes with a solid memory capacity of 128 GB with random memory capacity of 4 GB.
- The phone supports the possibility of increasing the storage space by memory card up to 256 GB.
• The front camera comes with a 13MP f / 2.0 aperture.
• The rear camera comes with a quad camera where the first camera comes with a 12-megapixel f / 1.8 aperture is the main camera of the phone while the second camera comes accurately 8-megapixel aperture F / 2.2 Ultra Wide and the third camera comes accurately 2 lens F megapixels aperture F provides the total camera and camera The fourth 2-megapixel F / 2.4 aperture for selfie isolation with one rear LED flash and the cameras support Super Nightscape and Chroma Boost mode.
• The phone supports FM radio.
• The phone supports two SIMs of type Nano Sim.
• The phone supports 2G, 3G and 4G networks.
• The durability and quality of the phone manufacturing comes from glossy plastic as usual in this category.
• Wi-Fi comes with a / b / g / n / ac frequencies as well as support for Dual-band, Wi-Fi Direct, hotspot.
• Bluetooth comes in the fifth version in addition to its support for A2DP, LE.
• The phone supports the 3.5mm headphone port.
• Security: The phone supports fingerprint sensor and comes in the back of the phone also supports Face Unlock.
• It also supports most other sensors such as accelerometer, proximity, compass and gyroscope. The phone supports GPS as well as other navigation systems A-GPS, GLONASS, GALILEO, BDS.
• The phone supports the USB port and comes from the type of Micro USB Version II and also supports the OTG feature.
• The battery comes with a capacity of 5000 mAh. The phone comes running Android 9.0 Pie with the interface Realmi ColorOS 6.0.1
• The performance of the cameras is very good in sufficient lighting and is one of the cheapest mobile phones with four rear cameras.
• The battery holds up for a very long time thanks to its large capacity and is one of the largest batteries in this price category.
• The phone supports dual SIM and memory card playback simultaneously.
• The performance of the processor is excellent, it is 10% stronger than the Snapdragon 660 processor, which has the performance in this price category

1. The weight of the phone is heavy in carrying and using it with one hand due to the large battery size.
2. We would have preferred the screen to come in at least FHD.
3. You need a long battery charge of up to 3 hours because the phone does not support Vooc technology.
4. Bulb does not support notifications
تعديل المقال
الأقسام Realme