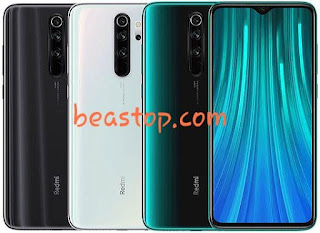 The front camera comes with a 20-megapixel f / 2.0 aperture

** Battery life :
● The battery comes with a capacity of 4500 mA and supports fast charging power of 18 watts and fast charger is included in the case.
● The battery is charged up to 90% in a short time thanks to the 18W fast charger.

** the performance :
As for the performance, the phone comes with a processor from the company Media Tech Helio G90T type with a graphics processor type Mali-G76MC4 The phone supports liquid cooling and supports the enhancement of gaming performance through the game Turbo 2.0 .

>> The phone supports GPS geolocation and supports other navigation systems such as A-GPS, GLONASS, BDS.

>> Security Features The phone supports fingerprint sensor and comes in the back of the phone also supports Face Unlock feature.

>> The phone also supports most other sensors such as accelerometer, proximity, compass and gyroscope.

>> The design of the phone is excellent. Large screen with almost no bezels.

>> The first smartphone with the MediaTek G90T processor, it especially dedicated to gaming, it offers better performance than Snapdragon 710 in games, especially with water cooling, although water cooling is not significantly influential in the cooling process .

[ ] The weight of the phone is rather heavy.
[ ] Due to the arrival of the phone from the glass, which exposes it to break and scratch more easily
[ ] The phone's sound is relatively low for competitors but it is still acceptable .
تعديل المقال
الأقسام Xiaomi