What are the most features , disadvantages and price of Huawei Y9 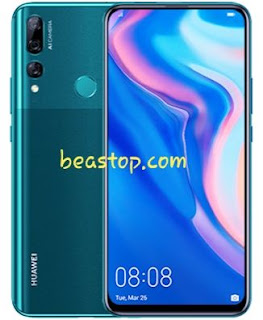 The Huawei y 9 is a smart phone that comes with many new features within the framework of the Y series launched by the company to impose its presence in the market and compete with other large companies. Let's find out all this in this article

○ Advantages :
• The phone comes with dimensions of 163.5 × 77.3 × 8.8 mm with an estimated weight of 196.8 grams with plastic materials.
• The phone supports two SIM cards of type Nano Sim. Supports 2G, 3G and 4G networks.
• The screen comes for the first time from Huawei in the middle class Slider to try to try to fully control the front of the phone to be a screen and comes from the type of IPS LCD with an area of ​​6.59 inches FHD + resolution 2340 × 1080 pixels at a density of pixels 391 pixels per inch and supports the new dimensions 19.5: 9.
• The phone comes with a solid memory capacity of 128 GB with random memory capacity of 4 GB. The phone supports the possibility of increasing the storage space by memory card up to 512 GB capacity and is installed instead of the second chip
• The phone comes with the most common processor for Huawei where it comes from the type of Hisilicon Kirin 710 technology 12nm is the same processor phone Honor 8X and Huawei P30 lite As for the graphics processor comes from the type Mali-G51 MP4.
• The front camera comes with a 16-megapixel F / 2.2 aperture and works via a slider like the Oppo F11 Pro.
• The rear camera comes with a triple camera where the first camera comes with a 16-megapixel f / 1.8 aperture.
• The phone supports 1080p FHD video capture at 30 frames per second
• The phone supports Wi-Fi at a / b / g / n / ac frequencies and supports dual-band, WiFi Direct, hotspot.
• The phone Supports Bluetooth 5.0 with support for A2DP and LE. Geolocation supports GPS with other navigation systems such as A-GPS and GLONASS.
• The USB port comes with Type C version 2 but comes with a slow charger phone.
• The phone supports the 3.5mm headphone port.
• The fingerprint sensor comes in the back of the phone and does not support Face Unlock.
• It also supports most other sensors such as acceleration, proximity, compass and VR gyroscope.
• The battery comes with a capacity of 4000 mA is better than the phone battery Honor 8X.
• The phone comes with Android Pie operating system with the latest interface of Huawei EMUI
• The battery comes with a large capacity and holds up for a long time for continuous work.
• The phone's hand grip is comfortable because of the bends in the back but it remains heavy.
• The entire front end is a screen that gives a unique experience.
• Almost no edges other than the bottom edge are the same as the edges of the Oppo F11 Pro.
• The cheapest phone is currently with a selfie pop up camera.
• It comes with the latest Type C port, unlike the competitors of the older Micro USB port.
• The processor performance is suitable in everyday tasks in general but it is not the best because of the Huawei software that is qualitatively heavy with use
○ disadvantages :
1. Does not support 4K video shooting.
2. Does not support Face Unlock.
3. The weight of the phone is rather large.
4. Bulb does not support notifications. Although it is Type C, it doesn't come with a fast charger.
5. Two SIM cards cannot be operated with a memory card at the same time.
6. The gradient colors are unfortunately waived in this version and the phone's plastic back is easy to scratch.
7. Huawei has not stated that there is any protection layer on the phone screen.
8. The phone did not offer any new experience compared to previous versions other than slider for the front camera