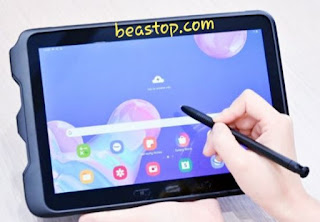 With a powerful design and distinctive capabilities, Samsung announced its Samsung Galaxy Tab Active Pro tablet, which offers a design that suggests that the device comes for heavy use especially with the design of the pen location in addition to that it comes water and dust resistant IP68 standard and more. In this article we will discuss the features of this tablet and its disadvantages :