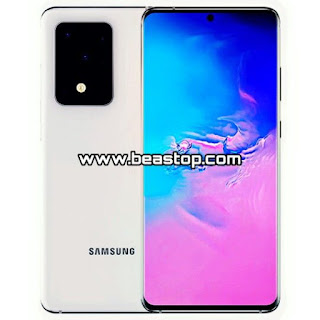 Next season is the season when companies will launch their flagship phones, and Honor began to announce the Honor V30 and V30 Pro officially abroad, and spread a lot of leaks that illustrate the specifications, images and shape of the exterior design of the upcoming Samsung Galaxy S11 and Xiaomi announced a lot of Specifications of the upcoming Redmi K30.
The next Galaxy S11 comes with a hole design, in which the front camera is placed in a hole in the middle and not on the left as seen in the phones Honor 20 and not on the right as seen in the Galaxy S10, as the edges of the screen on the right and left zero and this shows that there is a strong edge or curve On the left and right of the screen as usual Samsung phones, the screen will come VS 11 Plus size of 6.9 inches, VS 11 will be the size of 6.7 inches only, and fingerprint in the phone will be located below the screen.

The phone comes with five rear cameras with two sensors at the back, and will be the main rear camera in the phone accurately 108 megapixel and Samsung explained itself, and will be here Telephoto lens accurately 48 megapixel dedicated to the work of zoom up to 10x without losing details, and the front camera will be only one and not Two as we saw in the S10 Plus
As for the specifications of the phone, it comes with the processor Exynos 9830 for the version that comes in the Egyptian market, and the largest version will come with 12 GB RAM, and the phone will come out of the box with the new Android 10 operating system with the new Samsung One UI 2.0 interface, and there will be a version of the phone supports 5G networks as usual Most of the phones coming next period. Samsung will launch a version called the Galaxy S11e also will come with the same processor but with only three rear cameras and a 108-megapixel basic lens like all phones S11 series, and will come the second camera of the type Ultra Wide for wide shooting and the third Telephoto to make zoom without losing details and the screen will be 6.2 inches It will be a flat screen without bends on the sides, and will come with storage space of 128 GB or 256 GB with 6 GB RAM or 8 GB RAM.

The Galaxy S11 series will be fully launched on February 11, 2020 next year, and for the specifications and leaks that we mentioned most of them are not official so it is very likely to change these specifications and designs.
تعديل المقال
الأقسام Samsung phones